Peptides may be easier for the body to absorb than proteins because they are smaller and more broken down than proteins.

Peptides can be thought of as small proteins that act as highly specific signaling molecules in many crucial functions in our bodies. They assist in hormone production, cell signaling, and cell-to-cell communication. Researchers and clinicians alike are looking at peptides as a breakthrough in medicine because:

But perhaps the biggest advantage of therapeutic peptides is the fact that they are amenable to rational design. Therapeutic peptides can be designed to be involved in virtually any cellular process. This means that they can be designed to block interactions of proteins as long as enough of the sequence of the target site is known and conditions allow for the peptide to bind it.

What Conditions Can Peptides Therapy Treat?

Peptides can be used to treat a wide range of illnesses. The list of potential conditions that can benefit from peptides is nearly endless, but here are just a few:

How do they work?

Semax has been shown to protect the body and brain from various types of oxidative damage/stress. It also improved memory and attention in a Russian study of task performance in healthy men. Semax also decreased learning time in animal studies. Other benefits include: Increases brain BDNF levels. Prevents the breakdown of enkephalins. It protects the nervous system from oxidative damage. Affects the expression of genes related to the immune and vascular systems during a stroke. What is peptide therapy?

Peptides are more specific to physiologic pathways and work quicker on the cell surface. They send out multiple signals that cleans up the cellular communication in your body. Peptides work “epigenetically”, they turn off genes that manifest disease and turn on longevity promoting genes. Peptides jumpstart the healing process because they interact with hundreds of healing pathways in the body, which is also why they work quicker than most therapies. Not only do most of the peptides bypass the typical digestive barriers that can keep them from being absorbed, they activate the entire body through cell-to-cell communication so that the area in distress gets the signal instantly which leads to rapid accelerations in healing.

Peptide therapy is treatment method that stimulates cellular regrowth systems. Peptides are made up of short amino acid chains, and they are able to attach to receptors on the surface of cells. This allows them to provide cells and molecules with instructions for specific actions. Peptides are critical to facilitating body responses and actions, and they can be beneficial for treatments of specific concerns safely and effectively. 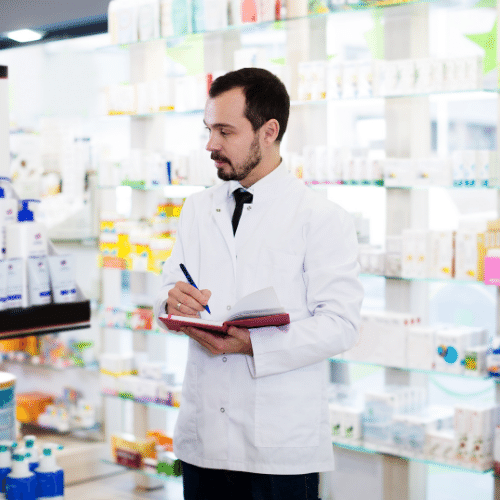 Peptides are more precise in targeting specific pathways where hormones are broader in therapeutic action. Peptides can activate multiple pathways genetically and through the hypothalamus and pituitary while maintaining a negative feedback loop to the brain which maintains homeostasis in the body. Hormones can block the brains ability to sense what is going on because the negative feedback loop is closed, which can lead to side effects. Peptides have very low to no toxic effects and have proven safety records. They can easily be used simultaneously with other treatments like hormones, medications and herbs with almost no contraindications. Many peptides can be given up to a 100x greater dose than medication without any known side effects. Increasing the peptide dose doesn’t equate to a better therapeutic benefit, the body doesn’t respond to what it doesn’t need. Unlike many drugs, there’s no systems override with peptides. Like many medications that are available on the black market, so are peptides, purchasing them outside of a prescription with a knowledgeable medical provider can increase your risks. You may decrease your costs but what most non-regulated peptide sources are giving you are fragments of the entire peptide complex which can diminish the results. We only use peptides from carefully vetted compounding pharmacies like Wells Pharmacy, because of their safety standards and qualify controls. Each peptide prescription goes through our medical team review and audit. 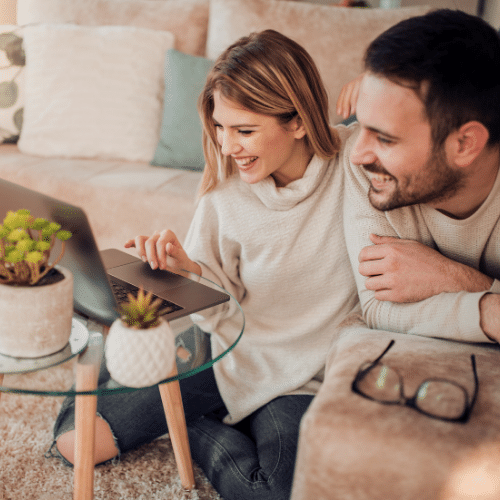 What are the downsides of peptides?

The safety and efficacy profiles of peptides are unmatched in medicine today. The administration of peptides is typically a subcutaneous injection with an insulin syringe, which can be challenging for many of our practice members. We will take you through an easy training process that will simplify things for you. Peptides for weight loss and muscle building need to be taken 90-minutes away from food on either side. This can be a challenge if you eat dinner late or eat soon after waking in the morning. The cost of peptides from compounding pharmacies is higher than what you will find online by 30% on average but peptides that are patented by Big Pharmaceutical companies are typically 10 times more expensive. In our peptide programs we can bundle your peptides together which will decrease your overall investment by 20%.

(Changing my thinking about peptides from how much do they cost to, “What would I appreciate most about being the healthiest version of myself?” has given me the freedom to explore peptide therapy for the past 8 years and this along with cellular therapy has been the best investment I’ve ever made for my future.)

What services do the Peptide Health Accelerator Programs include?

Our Collective Peptide Programs are 3/6 or 12-month comprehensive wellness programs that follow the novel 3,4,5 Method of Healing. You get functional medicine testing so that the right peptides and corrective treatments are prescribed. Based on your health goals, our team creates a personalized teaching curriculum that you are coached on so that you keep your gains. You will have monthly visits in person, or virtually, to discuss progress and move you forward in your peptide therapy. Specific targets will be measured, and these monthly visits will also provide time for lab reviews if necessary. 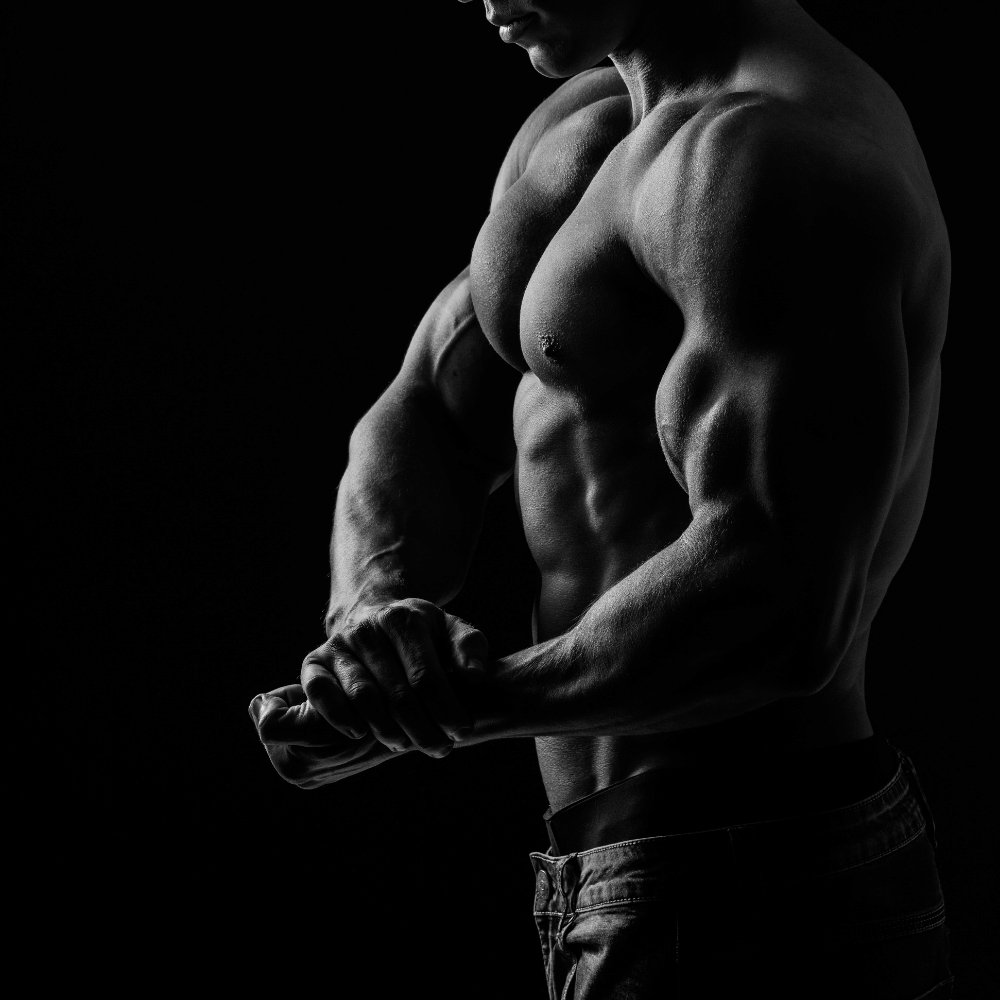 Sarcotropin IPA is a unique formula that can only be obtained with a practitioner’s order. Because it is taken orally and passes through the normal digestive process it is considered to be a medical food. The body’s ability to metabolize Sarcotropin IPA through natural metabolic processes makes it highly desirable as a treatment.

Sarcotropin IPA helps to decrease fat while allowing desirable muscle to grow. A process that is slow and difficult to achieve without it.

Science and Art of Peptide Therapy

Complete the form for FREE access to our “Science and Art of Peptide Therapy” Informational PDF document. Accelerate Your Health With Innovative Medicine

"They are super helpful getting me back on track with my thyroid (graves) issue! They helped me before and I got lazy with my eating and stress management. Now I’m getting back on track and am feeling much better again! Love these guys they really know what they are doing! It's an amazing clinic!"

"I am so glad I found East West. I have gained quite a bit of relief from my injections and the acupuncture is superb. I like their supplements and their knowledge and ability to help me problem solve my gut, hormone and inflammation issues. The staff are so personable and friendly and really care! It’s a wonderful clinic!"

"I came to the clinic to address the osteoarthritis of my hip. I could not be more pleased with the care I had. My treatment included various approaches. This integrated approach to health treatment blends the best of traditional western medicine with proven eastern practices. I highly recommend East West!"